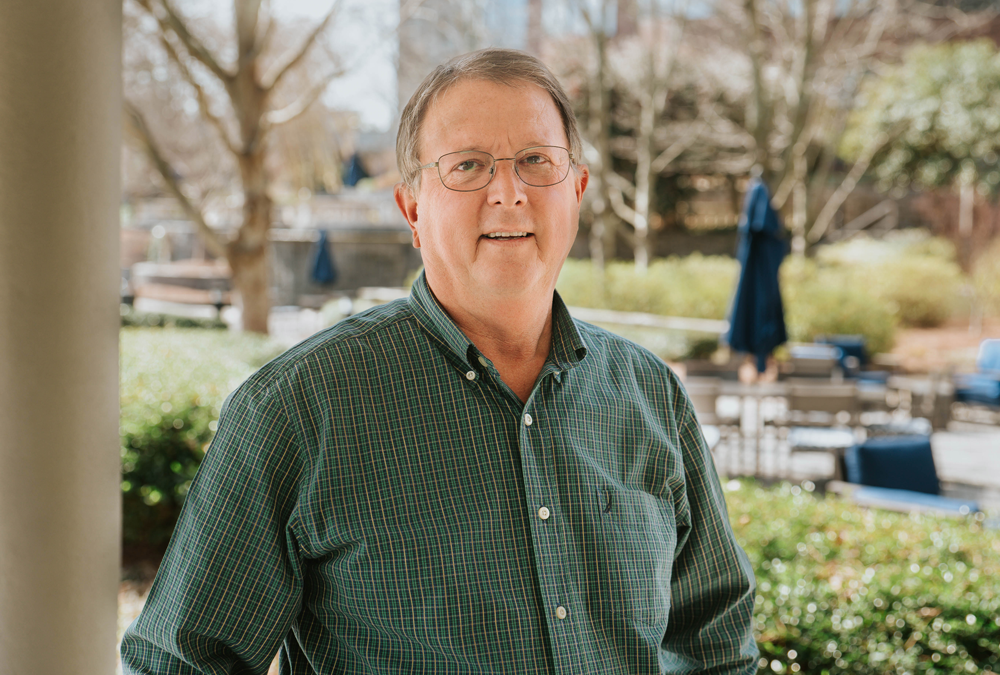 Matt Farmer is an experienced hunter; he knows to aim for his target before he shoots. So when his urologist suggested having a second 12-needle biopsy to “attempt” to find cancer in his prostate, Matt refused. In his late-50’s at the time, his PSA levels had been climbing for a couple of years, and his doctor was concerned it might be cancer, suggesting an initial biopsy. None of the 12 samples taken found cancer, but Matt wasn’t going to shoot blindly again hoping to hit a target.

“For [biopsies] eight to 12, the pain level was about ten. Every time they shoot [your prostate] with the needle, it just sends the pain right up your spine and through your whole body. It feels like a stroke of lightning going through you. And on top of all that, he missed the cancer.”

A friend recommended Matt see Dr. Joseph Busch in Atlanta, and his ex-wife, a nurse, happened to know Dr. Busch. She had worked with him in Chattanooga and let Matt know if he had cancer, Dr. Busch would know how to find it.

“He did an MRI, and he said, ‘You have a little something there.’ He showed me how the 12 needles missed the spot where the cancer could be. He wanted to biopsy it, but I wanted to wait a year.”

Matt ended up waiting two years until he agreed to let Dr. Busch do a targeted two-needle biopsy—a choice he now regrets. “I didn’t want to hear the C-word. I didn’t want to fool with it, and I should have listened to him and had the biopsy right then.”

That biopsy found cancer, and Dr. Busch noted Matt’s cancer had a Gleason Score of 9. (The highest score is a Gleason 10.) Patients who have scores of 8 or above have a high rate of recurrence and later being diagnosed with metastasized cancer. Dr. Busch recommended a whole-body scan to see if cancer could be found elsewhere in Matt’s body.

“Before we treated Matt, I wanted him to have next-generation imaging. It’s a combination of a PSMA scan and a whole-body diffusion scan. We’re one of the first treatment centers in America to be certified to do the whole-body diffusion. We did those things, and thank God, it came back negative,” said Dr. Busch.

Matt’s urologist wanted him to have a prostatectomy, but the Busch team informed Matt he was a good candidate for the TULSA procedure. Matt knew other men who had dealt with prostate cancer, and they warned him about the possible side effects of removing the prostate.

“I had another friend who had his taken out, and he wears a diaper now. His sex life is gone. My doctor said, ‘Take it out and everything will be fine.’ What about some friends of mine where it wasn’t fine?”

Matt became one of the Busch team’s first TULSA patients. Dr. Busch said the procedure took out about half of the left side of Matt’s prostate gland, and it preserved the important ejaculatory ducts in the gland. Not only did TULSA successfully eliminate the cancer from Matt’s prostate, but he was excited to report he’s experienced no negative side effects such as difficulty urinating, frequent urination, erectile dysfunction, or issues with ejaculation.

“I think it’s the best procedure right now—painless. Probably the worst part about it is waking up groggy after being asleep for the procedure. And, you have a catheter afterwards, but it’s only for seven days. My best friend had his [prostate] taken out and they kept the catheter in for three weeks.”

Nine months since his treatment, Matt is still cancer free, and the Busch team is monitoring him closely over time because of his chance for recurrence. In between his visits, he still enjoys everything about his life that he did before the surgery, working as an energy advisor for a power company and taking days off to hunt and fish with friends. He now considers the Busches his friends as well.

“I’m no number; I’m Matt—first name basis. I’ve got Dr. Busch’s cell number. I got his wife Kathy’s cell number, and you don’t call and get a recording. They answer. They’re great people.”